Dragonflies are among the most beautiful insects here in the Low Countries, except for some butterflies perhaps. Even though they are skilful flyers and colourful animals once adults, their larvae are another cup of tea. They do resemble their adults a bit, but lack the long abdomen and the wings. Very often you will see two dragonflies flying about together. Often the shape of the two bodies will remind you of a heart or a wheel. Actually they are mating. The male grabs the female just behind the head. The female holds on to the male just behind the body. In this position the male is impregnating her. Now this is odd, for the male's sexorgans are located at the end of his tail. So if the end of the females body is just behind his own body and not near the end of his tail, how does he do it? After producing his sperm, he transports it to a special save-keeping organ near the front of the tail. And that's exactly where the female grabs him! When she is depositing her eggs the males of many species hold their grip on the female, to prevent other males from breaking in and taking over. Both the larvae and the adults are carnivores. 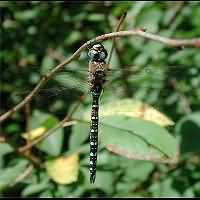 Adult Migrant Hawkers are regularly seen in gardens and the larvae are often living in garden ponds.. More.... 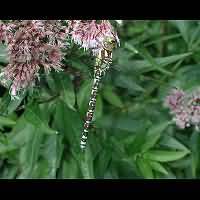 Closely related to the previous species, but the dark markings on segments 9 and 10 are connected. more... 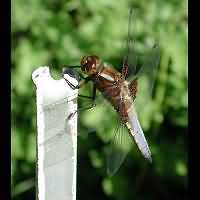 Unmistakable: the Broad-bodied Chaser has a broad body indeed. The back of older males and some very old females is blue. more... 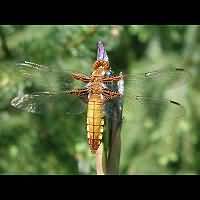 The back of young male Broad-bodied Chasers and most females is yellowish. more... 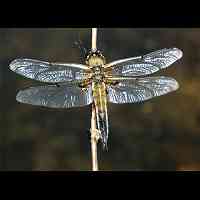 The Four-spotted Chaser is a rather sombre, brown-black Dragonfly. more... 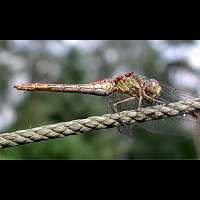 The Vagrant Darter has a dull red colour, but can be better identified by looking at other small details. more... 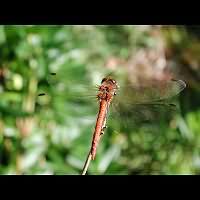 Most common darter all over Britain. more... 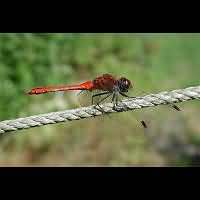 The Ruddy Darter is the reddest of all red darters. more... 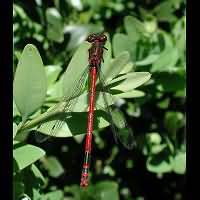 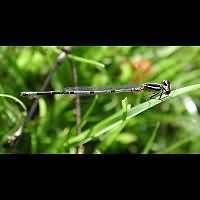 The male of the very common Azure Damselfly is mainly blueish. more... 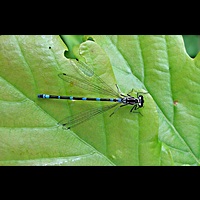 The Variable Damselfly is best identified by the wine glass marking on the back. The back of females is almost entirely black usually. more... 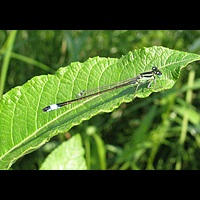 The males of the Common Blue Damselfly always remain near water, the females don't. more... 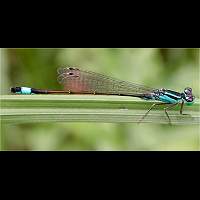 The back of the female of the Blue-tailed Damselfly is mainly black, except for a striking blue ring near the end of the body. more... 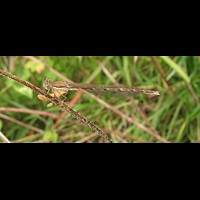 One of the very few European species overwintering when adult. more... 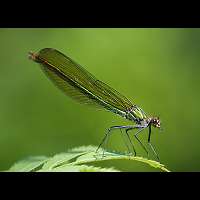 Actually only the male is banded. more... 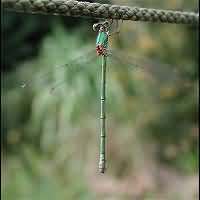 The Willow Emerald Damselfly deposits her eggs in trees. more...