The Leaf Beetles make up a very large beetle family. World wide over 3,500 species are known. In Holland there are over 300 species present. Probably about the same number will be found in Britain. Most leaf beetles are quite small, some are medium sized beetles. Many species do have striking colours once adult. Most larvae are active and many look like a small caterpillar. Both larvae and adults feed on plants. The leaves are usually eaten, hence the name of the family. Some species are dreaded in agriculture, such as the Colorado Potato Beetle. Others are feared by gardeners, such as the Lilly Beetle. The so-called Flea Beetles actually are Leaf Beetles too. They are very tiny (2 to 4 mm) and often jump about like fleas. Appearing in great numbers some species are harmful to flowers and crops as well. Leaf Beetles can be found in every garden, no matter how small. The big species are often seen easily, but the many small species normally go about unnoticed. 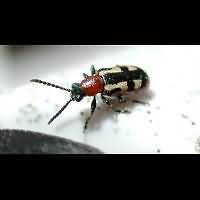 The Asparagus Beetle is a beautiful, but very harmful species. more... 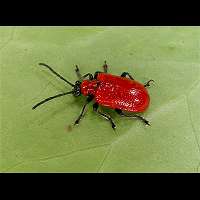 The Lily Beetle is an unmistakable species, because of its scarlet colour. more... 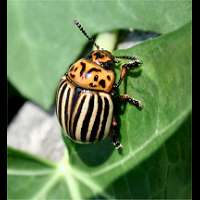 The Colorado Potato Beetle is still angry at us, for we are eating its potatoes. more... 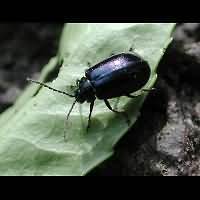 The Alder Leaf Beetle regularly visits gardens just to have a look. more... 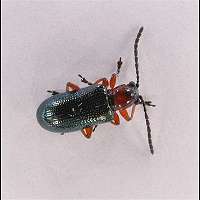 The Cereal Leaf Beetle used to be a devastating species in all kinds of cereal, including rice. more... 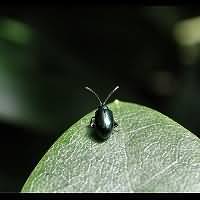 In our garden Altica oleracea infests our Evening Primroses. more... 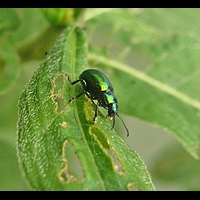 One of the many green Leaf Beetles: the Green Dock Beetle. more... 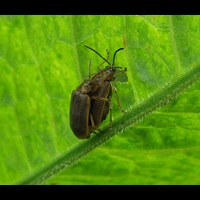 There are at least three very similar species within the genus Galerucella. more...

It is almost certain this is the Six-spotted Pot Beetle, but there are a few similar species within the genus. more... 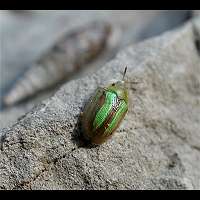 The Bordered Tortoise Beetle is a truely remarkable creature. more... 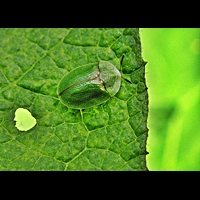 This green tortoise beetle is difficult to identify, for there are two very similar species.more... 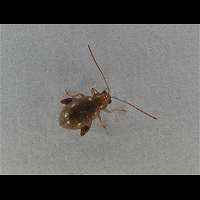 This Longitarsus species is only one of the many Flea Beetles: Leaf Beetles behaving just like fleas by jumping high into the air when threatened. more...