Aphids (or plant lice) are small or even very small insects. They belong to the same group as bugs, leafhoppers and cicadas do, but don't look like them at all. They do however have the same kind of long, sharp snout, which they use to suck saps from plants. Aphids are strict vegetarians. Often they appear in great numbers. Thus they have numerous enemies, but friends too. With many species reproduction is a complicated matter. Often they reproduce asexually at times, or sexual and asexual generations appear in elaborated cycles. In some species no one has ever seen a male. Even though the real aphids can be winged, it is not uncommon to see entire colonies having not even one winged specimen. On the web and in many books there is a lot of information how to deal with them once in the garden. Information about the various species however is very hard to come by. This makes identifying a species extremely difficult. Consequently there are lots of unidentified species on this page and others have a mere tentative identification. Should you be able to help us in this respect, please don't hesitate to mail us. 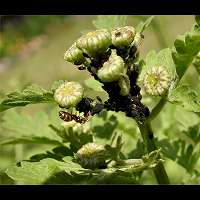 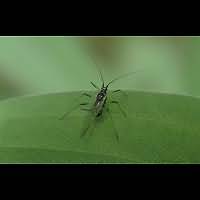 Uroleucon jaceae is another black species preferring to live in colonies. Often found on nettles and thistles. more... 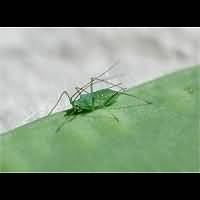 The Foxglove Aphid is a green species with rather long siphons. more... 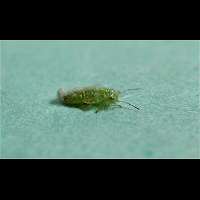 The Boxwood Psyllid jumps about on Boxwood mainly. more... 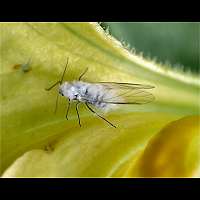 Just one of the many species of Woolly Plant Lice. We haven't got a clue as to which species this might be. More.... 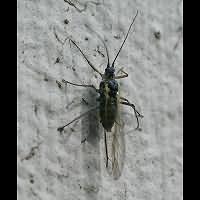 We haven't been able to identify this Aphid. 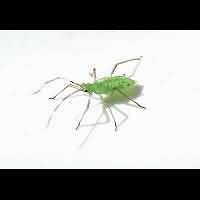 Another Aphid we haven't been able to put a lable on yet. 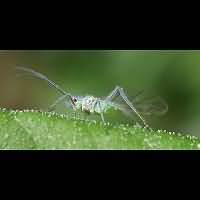 They maybe small, but do look intriguing. Alas, we do not know who this fellow is. 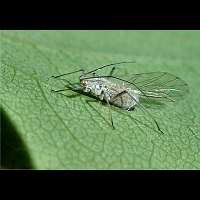 Looks a bit like the previous one and is as unknown to us. 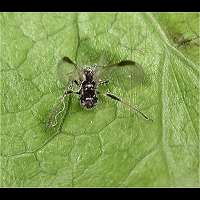 This rather hairy species is unknown to us as well..