Soldier Beetles are also called Soft-winged beetles, because of the softness of their shields. When you look at them vertically you can see that the soldier beetles are called that way because they really do remind one of old fashioned soldier uniforms. There are over 50 species in the Low Countries. Many species are very similar and therefore difficult to tell apart. Often you can find them sunbasking on flowers. The adults eat other insects. In some casese they hunt for prey, but most eat animals that are already dead. The larvae hunt for snails, slugs and worms on the ground, even though there are some vegetarians among them. 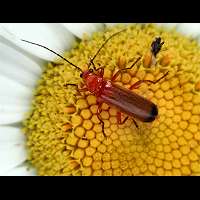 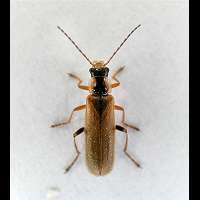 Cantharis decipiens is a smaller nephew of the Hogwood Bonking Beetle. more... 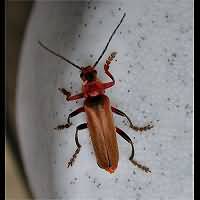 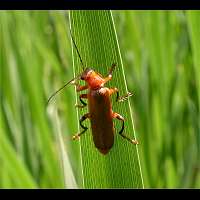 Cantharis rufa is just one of the red Soldier Beetles. more... 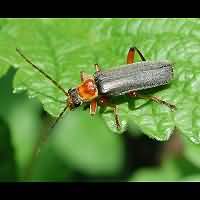 Cantharis pellucida is just one of the Sailor Beetles. more... 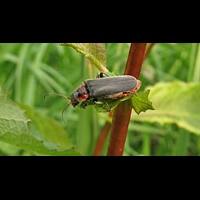 The beginning of the antennae of the Common Soldier Beetle is reddish, just like the rear end of the body. more... 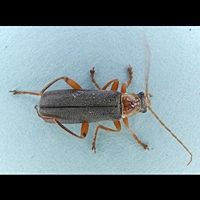 All legs of the Grey Sailor Beetle are reddish, except for the hind legs. more... 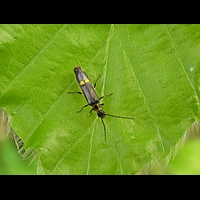 There are over 15 Malthininae species looking like this. They can't be identified from just pictures. more...